Have you ever thought about what a funny word “unbeknownst“ is?

I ponder on thoughts like that sometimes. Unbeknownst means existing or occurring without someone’s knowledge, which has been a process that has happened to me forever in my life.

It seems I have always bumped into or created those unbeknownst situations. Many years ago I was working as a “way too involved” child advocate and wanted to record a certain discussion I was going to have for a background interview with a longstanding government foe who was known for lying. I know, I know, I shouldn’t have thought about doing that at all…but I felt she might not tell the truth about our conversation and I wanted to protect the abused child and I liked playing detective. So, I thought I would outsmart her and record it, just in case. So, unbeknownst to her I put a little old fashioned tape recorder in my purse and proceeded to start the conversation. I had turned the recorder on the highest volume because it was in my purse and thinking that would make it pick up her voice better.  I coyly just s-t-r-e-t-c-h-e-d my arms and then reached inside my purse to push the record button but unbeknownst to me I pushed the PLAY button instead and the loudest voice ever on a prerecorded tape came screaming from my purse. Needless to say we were both shocked but I knew what was happening, she didn’t.

But that’s the whole point of unbeknownst.

Someone on one side of an equation knows what is happening and the other person or persons doesn’t. It’s from the phrase “unknown to” and somehow, through the years it became unbeknown and then the st was added. The word unbeknownst is having a comeback of sorts and now it’s heard on television programs or seen in tweets!

It seems perhaps that we are grappling with the fact now that even with all the information being pounded into us through social media, airwaves, sound waves, blogs, 24 hour cable, reality programs and on and on…we still have much that is unbeknownst to us. Much as I may try to think I can know all there is to know or control events around me I will never have all the information that the advertisers tell me the recent smart phone or newest apps can provide. What started as information gathering in the information age then became who could gather it the fastest, or which phone service or computer could deliver it to us the quickest and how many social networks we could connect with, or how many  likes or re-tweets we could achieve…even if they were from people unbeknownst to us!

Thus, the game of quickly gathering information has become more of a chase the tail game of trying to absorb all that is out there, with the premise being ingrained in us that the more information we have, on a world-wide scale no less, the better off we will become. We are bombarded about foods that can hurt us, politicians who are in trouble, scandals, traffic congestion on the way to work and on the way home from work, crime scenes in our city and weather reports EVERYWHERE, just so we might be safer, wiser and thus protected from any mistakes to be made.

In reality, isn’t everything really mostly unbeknownst to us? We can’t possibly know everything that has happened or will happen or what someone else has done or has going on in their mind or their past. However, it’s funny when we use the word, we seem to always say unbeknownst as if it were a huge surprise, which it usually is, BUT...we often say it with guilt, as if we somehow should have known whatever was unbeknownst to us!!

Listen to how I have used it….

“Well, I walked into the restaurant and there were some of my family members seated at a table, having a party. However, unbeknownst to me I wasn’t invited to my own sister’s birthday party!”

Now how in the world could I have known that would happen but somehow I felt as if I intruded on them!

“I can’t believe this happened to me. I was all set to give my speech at the women’s center and I ran quickly to the restroom first. When I came out I felt a direct cool wind on my back side and unbeknownst to me I had tucked my dress into my pantyhose (you remember those) and now my rear end was visible to all as I walked into the room.”

“Once I packed up our car with an ice chest full of food, comfy sleeping bags, our suitcases and books for an exciting family camping trip but unbeknownst to me when my son had driven the car the night before he left it with a flat tire for discovery in the morning!”

“I was driving home from work and I stopped at a red light. When I looked to the right side I saw a senior aged woman sitting on a bus stop bench and suddenly she fell over to the ground. I pulled my car over and jumped out to her side, she mouthed “help”, which I did, but unbeknownst to her I was a Registered Nurse on my way home from my emergency room shift and I could actually give her aid.”

The point being that life is going to be full of unbeknownsts…the physical, fix-it types, the hurt feeling types, the embarrassing moments types and the miracle types and there is just not a whole lot we can do about that.

Even back in Biblical days, Jesus would walk through a village unbeknownst to people and perform healing miracles on the sick, teach the multitudes or pray with the poor.

Just imagine that…Jesus Himself right there in their midst and people just carried on in their daily manner, they went to work, they gathered their sheep, they cared for children and elders, they broke bread with family and friends.

We will never get all the cyber information we desire, at faster and faster paces. Also, we can’t know every situation, funny or tragic that we will bump into in life, we can’t know everything that is in the hearts of others, if they desire to hurt us and we can’t always be prepared for those interruptions of life, like flat tires. But we can walk through life living our purpose knowing that what is not unbeknownst to us it that Jesus walks with us, twenty-four/seven, that He is at our side and thus He will protect us in the most unknown ways from what is unbeknownst to us. 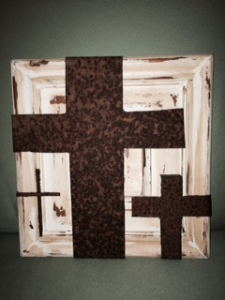 2 thoughts on ““Unbeknownst To Me” by Anne Stewart Helton”